The Way of the Seal 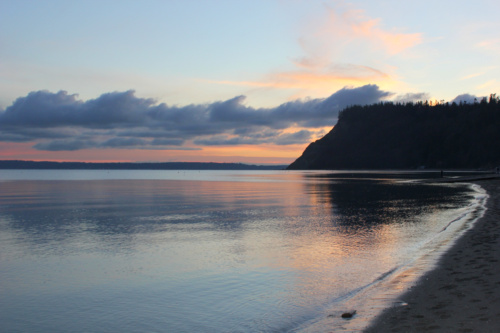 On New Year’s Eve, we spent most of the day playing on the beach. After everybody went inside, Nora and I returned a few minutes later to collect seashells and spotted this animal skeleton in the exact spot we had been–pristine in its weathered beauty. 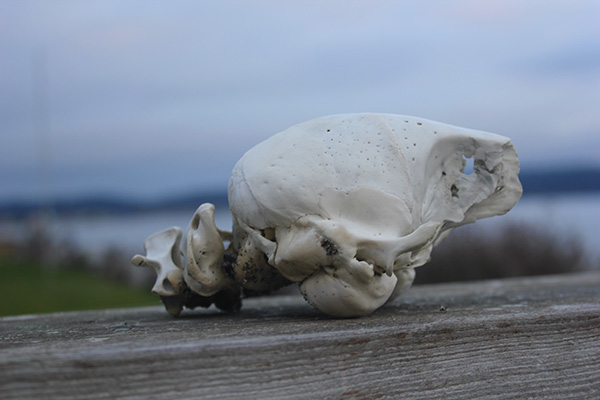 Then, I turned around and right at my feet was a baby seal. 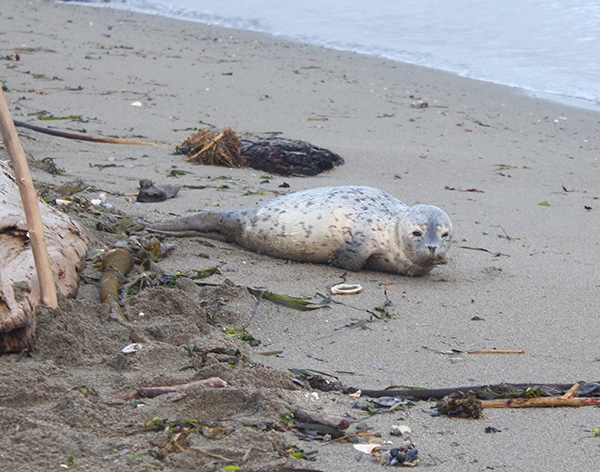 It was so unexpected with such deep, soulful eyes that it literally took my breath away.

I was afraid to leave it alone until our friend, Mike, came back outside a few minutes later. I told him that there was a baby seal and it looked injured and dying. In my defense, it kept drifting off to sleep and looked so helpless.

Mike called Marine Life. They assured us this was normal, and mama seals leave their babies on the beach while they fish for food. We cracked up after I calmed down from my initial hysteria and tears.  At one point while Mike was on the phone, the baby seal fell asleep, and I was yelling, “I think it’s dying. It’s dead. It just died.” 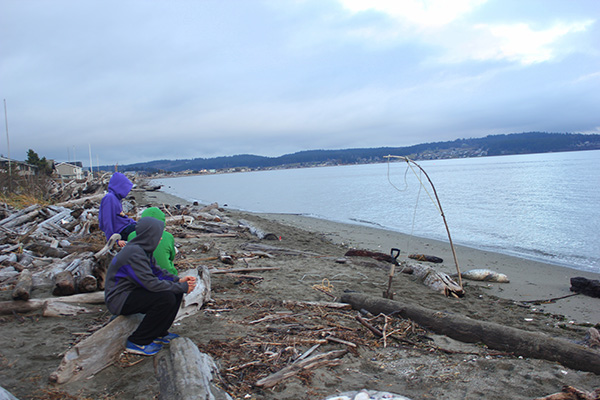 We kept watch over the seal all day to make sure it stayed safe. When dusk neared, the kids sat upstairs at a large window. It was so touching to see the kids captivated in this way. Luckily, the mama returned for it, or we'd have a baby seal in our bathtub right now!

Out of the vast shoreline, why did the mama seal choose that spot in front of our house? We were the only people out on the beach that day. It’s almost as though she left the baby there for us to watch over. It was just a remarkable experience. 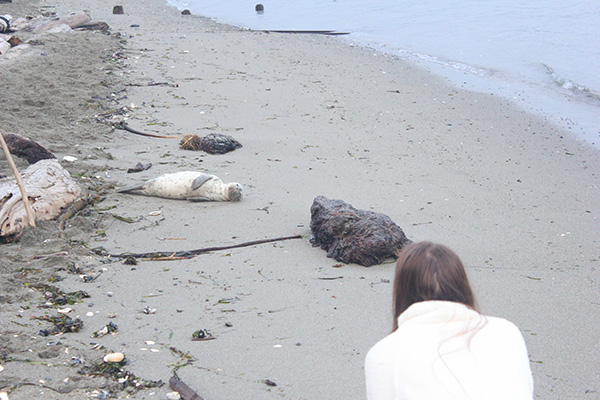 Everything about this encounter seemed so un-accidental. I had to look up what the animal totem for a seal is. Here is what I found...

Seals swim above and beneath the water enabling them to experience both the inner and outer worlds. They teach those with this totem how to flow, how to hear, and how to discover the deeper mysteries of their true nature.

There are no limits to the creative energies stimulated by this medicine. The seal is the keeper of wisdom and shows us what is hidden deep within ourselves. They teach us how to integrate our imagination with the reasoning power of the  intellect. They symbolize our ability to listen to our inner voice.

The timing of this revelation is crucial because I just started a huge project that will be the focus of my entire year. I will have to be open to my thoughts, dig deep into my knowing, trust my intellect and creativity, and allow them to come forth in unison. I will be as vulnerable as the baby seal, opening myself up to failure and criticism. 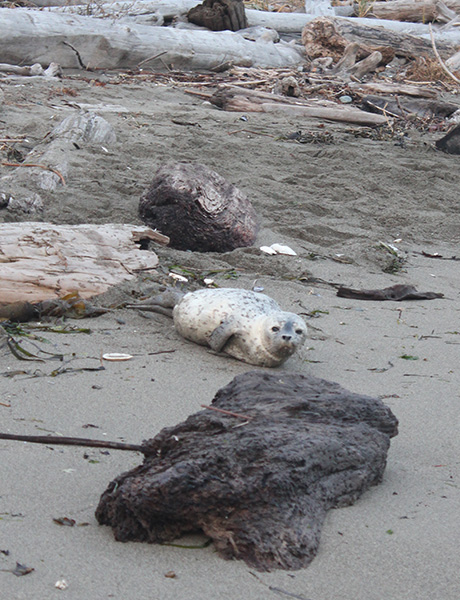 Animal totems offer self-discovery and capture our imagination, giving us self-expression and awareness.

After reading this, choosing OPEN as my word for 2014 seemed serendipitous. More than ever,  I am feeling the need to be open and have my receptors turned on and tuned into the world. I want to be open to giving, receiving, learning, loving, sharing and revealing my true self, new relationships, new experiences–all of it.

I want to be open to the magic that is all around us and allow myself to recognize my spirituality in it. These moments are triggers that allow us to reflect and reveal messages that we consciously or subconsciously seek out. 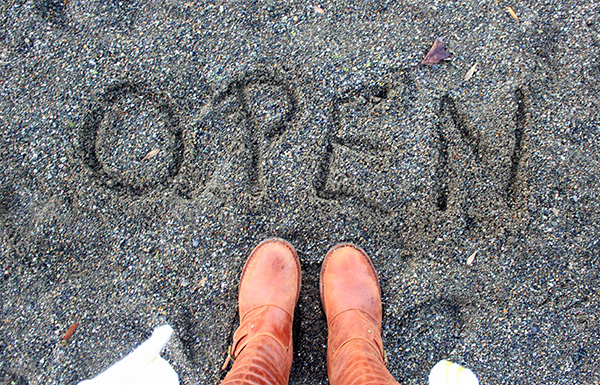 Here is the story the seal revealed to me...

The day before, several artists I greatly admire RSVP’d to a retreat I’m hosting this summer. I was so excited I couldn’t sleep that night. I also started to doubt myself.  Ever since motherhood, I feel that I have lost parts of myself–my humor, my wit, my intellect. (I’m not bashing motherhood, but sometimes my brain feels like mush.) I started worrying about being boring and blah. Most of my life involves wiping up spills and carpooling.

Then, I see this seal and assume it is dying, dead or injured. I panic and cry. I find out that it isn’t dead–it is just sleeping. 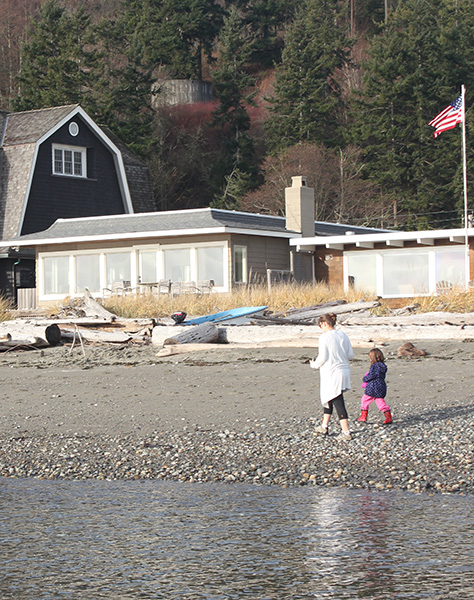 I sense divinity and clarity from this moment. Those parts of me aren't dead-they are just parts of me that are dormant while I've had the honor of lovingly and joyfully embracing the mothering role and all its nuances. 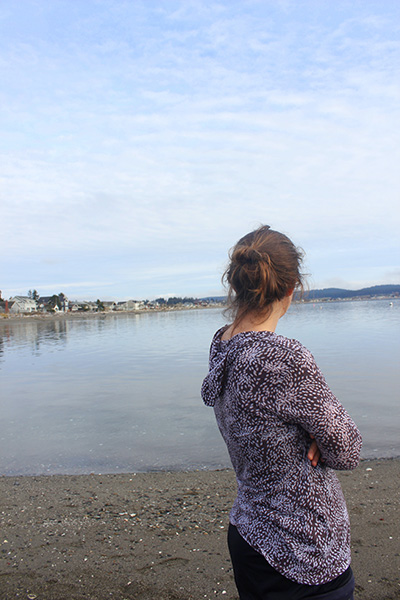 Just like the baby seal, we need people to watch over us, whether they are supportive family members, friends who "get us", or guardian angels. We need to trust each other and have faith, just as this mama seal must have when she had to leave her baby on the beach--exposed and vulnerable and at the mercy of the universe.

I am reminded that we all have insecurities. That I have something to offer and give in the way of protection–making others feel safe and comforted. Holding a space for them to be who they are. Honoring the sacred in all of us.

I want to practice the faith of the seal.

Later in the year, I will share what exactly my project is, but for now I will ask that you hold me in the light, as the Quakers say. 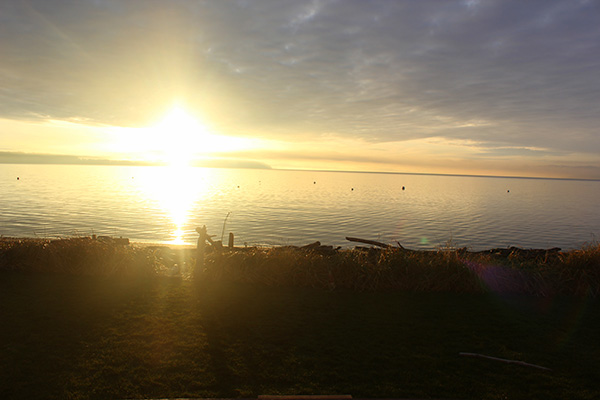 Speaking of light, Part 2 of my story will continue about another animal who revealed my mantra for 2014 on New Year’s morning. Stay tuned… 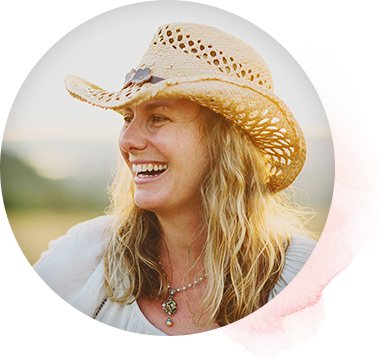 Welcome to my online journal where I share my creative musings. 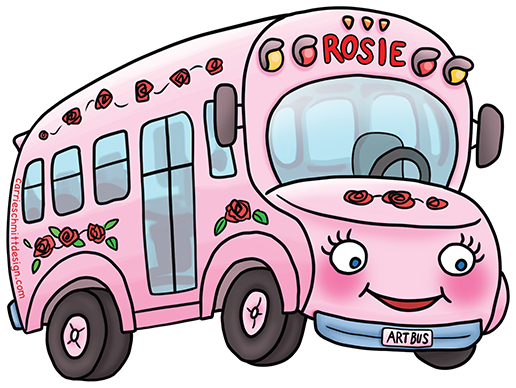 Subscribe To Our Newsletter and check the box to get updates on Rosie's Art Club below.

You have Successfully Subscribed! 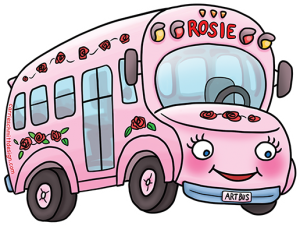 If you would like to be notified via email when there are updates of Rosie’s Art Club, please leave your name and email below.